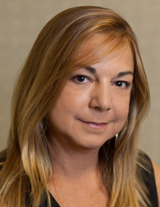 Sandi Vito is the Executive Director of the 1199SEIU Training and Employment Funds (TEF). TEF provides training, job placement and quality improvement programs to over 700 healthcare employers and 250,000 workers in New York, Massachusetts, New Jersey, Maryland, Washington, DC and Florida.
Ms. Vito joined TEF in 2011 as the Director of the 1199SEIU League Training and Upgrading Fund (TUF) and the 1199SEIU Greater New York Education Fund (GNY). Jointly governed by labor and management, these organizations provide front-line healthcare workers with an array of education and training benefits, including foundational skills and healthcare-related certificates and degrees. During her tenure as Director of TUF, Ms. Vito oversaw the realignment of programs and expedited new ones, including the development of Care Management and Care Coordination programs and Bachelor of Science in Nursing initiatives.
Prior to joining TEF, Ms. Vito served as Secretary of the Pennsylvania Department of Labor and Industry, where she oversaw unemployment compensation, labor law, workers’ compensation and workforce development programs. From 2003 to 2008, she served as the department’s Deputy Secretary for Workforce Development and led the Governor’s Industry Partnership initiative to align education and training to serve the needs of growing economic sectors. She also served on the 2008 Presidential Transition Team for the U.S. Department of Labor.
Ms. Vito received a Bachelor of Arts from Richard Stockton College and a Master of Arts in Labor Studies at the City University of New York. 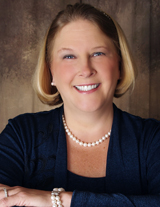 June M. Como has been a Registered Professional Nurse (RN) since 1976 serving in various capacities as a critical care Clinical Nurse Specialist (CNS), educator, and researcher. She has been with CSI since 1992 and recently retired as an Assistant Professor and Graduate and Clinical Doctorate in Nursing Practice Programs Coordinator. Her theoretical and clinical knowledge base of over 40 years in critical care nursing and education allowed her to be actively involved in various forms of research, education, administrative, and professional pursuits. Dr. Como is the recipient of several awards for her work in the aftermath of 9/11, was named CNS Educator of the Year-2011 by the National Association of Clinical Nurse Specialists, and has received awards from Sigma Theta Tau International-Mu Upsilon for both excellence in education (2009) and in research (2013). She was inducted as a Fellow at the New York Academy of Medicine (NYAM) in 2016.

Dr. Como holds an AAS in Nursing from CSI when it was Staten Island Community College, a BS from Hunter-Bellevue School of Nursing, an MS in Administration from Central Michigan University, an MS-Clinical Nurse Specialist from CSI, and EdD in Health and Behavior-Nursing Education from Teachers College-Columbia University. She has published numerous chapters in textbooks, several articles both independently and collaboratively, and presented her work at venues locally, at the state level, nationally, and internationally.

Since her retirement her pursuits include: the establishment of an apiary at her New Jersey home where she currently has five honeybee hives, attending art classes in blacksmithing and on the use of glass in stained glass, glass mosaics, and in fused glass artistic works. She continues to garden, hike, kayak, read, and travel as well as maintain philanthropic pursuits. 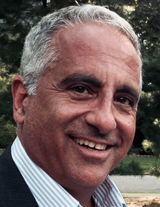 Anthony Como started Anthony Como Associates, a New York Real Estate Tax (ACA-NYRETS) consulting firm based in Staten Island, in 1994. Previously he worked in real estate taxation as a New York City Tax Assessor for the Department of Finance-City of New York for 11 years and as a Property Tax Consultant for Marvin F. Poer, a national real estate tax firm, for 5 years. He served as a Board Member for the Visiting Nurse Association in the 1990’s, and volunteered as an umpire in the Staten Island Little League.

Mr. Como grew up in East New York, attended Thomas Jefferson High School and completed his BA degree at Queens College-City University of New York while working full-time. He is a member of the Friends of Bonsai-Brooklyn Botanical Garden and has over 20 years’ experience as a bonsai artist having created more than 100 bonsai trees in his Staten Island, NY and Montague, NJ studios. His bonsai have been exhibited several times at the Cherry Blossom Festival at the Brooklyn Botanical Gardens. His focus is on Penjing landscapes and Yamidori sourced bonsai.

An avid hiker, kayaker, gardener, and traveler, Mr. Como also explores the use of fused glass and glass mosaics in artistic expression. He has created several pieces of art from found objects on display in his Montague and Staten Island homes. Philanthropic pursuits include support of several environmentally friendly organizations, news outlets, and the Pennies from Heaven Scholarship for Nursing. 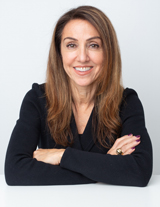 Ms. Decina is Manager of the Community and Customer Engagement area at National Grid, one of the largest investor-owned energy companies in the world. She is the central point of contact for key stakeholders in downstate New York, specifically Staten Island, ensuring business needs are met and customer satisfaction is sustained.

Ms. Decina has a long and distinguished career with National Grid, starting in 1981 with Brooklyn Union Gas. She has held numerous and varied positions over the years in areas such as Human Resources, Shared Services, and Public Awareness. Ms. Decina also served as Chief of Staff to the Executive Vice President and U.S. COO of Gas Distribution for several years.

Ms. Decina holds a Bachelor of Science Degree in Human Resources from St. Francis College and an MBA from Dowling College. She is a resident of Dyker Heights, Brooklyn. 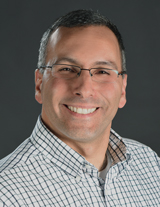 Frank Lombardo is the Director of New York Business Planning and Performance of National Grid,which provides electricity and natural gas to customers across the Northeast region of the U.S., specifically in New York, Massachusetts, and Rhode Island.

Mr. Lombardo joined National Grid’s predecessor, Brooklyn Union in 1993,which later became KeySpan, as a Management Trainee in the Finance Department and has spent most of his 26 years with the company in its New York business. Frank’s varied background includes recently serving two years as the Director of Gas Construction & Maintain NY with the primary responsibility for operating all aspects of the Staten Island Gas network and has previously held numerous positions in Budgeting & Forecasting, Accounting, Strategic Planning, Investor Relations, and Financial Planning. He also previously served as Chief of Staff to the National Grid U.S. CEO and as Director of Due Diligence throughout the KeySpan/National Grid acquisition.

He holds a Bachelor of Science degree in Accounting and an MBA in Finance, both from St. John’s University. Mr. Lombardo is the National Grid Executive Director of the St. John’s University International Executive-in-Residence Program, and is a proud member of the College of Staten Island Foundation Board of Directors, serving in the capacity of Treasurer, having previously servied as Chair of the Audit Committee.

Mr. Lombardo is a resident of Staten Island with his wife Jennifer and their three children.