Office of the VP 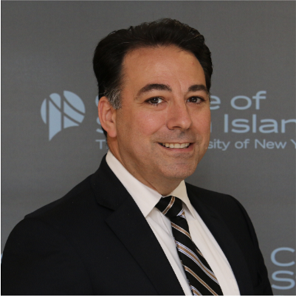 Robert Wallace is the President of the College of Staten Island (CSI) Auxiliary Services Corporation and Interim Vice President for CSI’s Office of Economic Development and Government Relations.   Robert started with the College in 2017 as Executive Legal Counsel. In 2018, he assumed the added responsibilities of Chief-of-Staff/Deputy to the President. Prior to joining the College, he served as an Assistant Commissioner/Deputy General Counsel at the FDNY for 11 years, overseeing their Bureau of Investigations and Trials and the Bureau of Legal Affairs.

From 2003 to 2006 Mr. Wallace served as Associate General Counsel at the New York City Department of Homeless Services where he counseled managerial and executive staff on employment matters including EEO, FMLA, and civil service law and was key member of a legal team that ended 22-year court oversight of the City system through attainment of unanimous recommendation from court-appointed Special Master Panel. 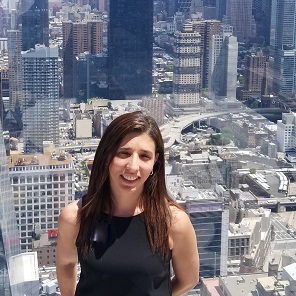 Jasmine Cardona was appointed Executive Director for Economic Development, Continuing Studies, and Government Relations in 2018.  Prior to her appointment, Jasmine served as the Director of Workforce Development and Innovation, Director of the CSI Technology Incubator, and Director of Administration and Finance.
Jasmine has held positions in professional organizations including, University Economic Development Association (UEDA) Awards for Excellence Committee, Network of Academic Corporate Officers (NACRO) Marketing and Communications Committee and is a member of the Phi Beta Honor Society for International Scholars.

Jasmine is actively involved in a number of community organizations including YouthWins and the SI Perinatal Network.  She is also the recipient of  the CEANY Outstanding Educator of the Year and the Staten Island Power Woman in Business Award

Jasmine holds a BS from the College of Staten Island, CUNY and an MBA from Fairleigh Dickinson University.