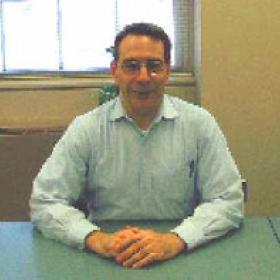 Prof. Herskovitz is a well-published scholar whose work is interdisciplinary in nature. His recent and ongoing research agenda, which mirrors his academic interests in law and in marketing broadly falls into three overarching streams: the philosophy of science-based evaluation of evidence in non-legal (i.e., computer-mediated and computer-simulated) contexts, ethical aspects of computer-mediated communication, and the use of computer-mediated focus groups in marketing research. His earlier scholarship centered on the legal liability of auditors and also included work on legal representation in small claims court, gift-giving in a retailing context, and leadership.

Prof. Herskovitz’s academic writings on the extra-legal evaluation of evidence reflect the increasing recognition in legal scholarship of the value of using philosophy of science in determining what counts as good evidence and in assessing whether a body of knowledge can be regarded as scientific. His papers “Philosophical Foundations of Computer Simulation Validation” (published as keynote article in Simulation and Gaming) and “Philosophy of Science Underpinnings of Prototype Validation: Popper vs. Quine” (forthcoming in Information Systems Journal) argue that discrete scientific activities embody specific philosophies of science and are exercises in evidentiary assessment. These works grow out of Prof. Herskovitz’s 1991 paper “A Theoretical Framework for Simulation Validation: Popper's Falsificationism.” The underlying assumption in all these aforementioned papers is that a central task of law, science, and philosophy of science is the evaluation of evidence.

Prof. Herskovitz’s research in ethics employs legal and moral philosophy to investigate the implications of anonymity in computer-supported cooperative work. Other publications are an outgrowth of his interest in evidence.