David A. Gerstner is Professor of Cinema Studies in the Department of Media Culture at the City University of New York’s College of Staten Island. He also serves as a member of the doctoral faculty in the CUNY Graduate Center’s Film Studies Certificate Program/Department of Theater. He has authored and edited 8 books, and over 30 articles on queer film studies.

In 1951, Jean Genet and Francois Truffaut met in Parisien hotel. They spoke about cinema and literature. But in that moment, something more was shared: their desire…

Between Men: Act 2. A historical Fantasy. A film by David A. Gerstner. Starring Erik Endsley and Daniel Loffreda with Paula Massood and Muneeb Hassan as Abdallah. 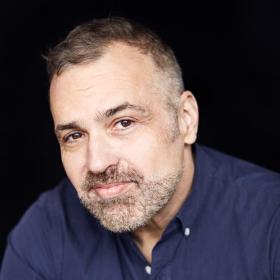