Frederick Kaufman is a Professor of English and Journalism at College of Staten Island and at CUNY's Craig Newmark Graduate School of Journalism. Kaufman's nonfiction has appeared in The New York Times Sunday Magazine, The New Yorker, The New York Times Sunday Book Review, New York Magazine, Harper's, Foreign Policy, Gourmet, Gentleman's Quarterly, Interview, Saveur, Scientific American, Slate, Spin, Spy, Aperture, Allure, Publisher's Weekly, The Village Voice Literary Supplement, Wired, Vice, and numerous other publications. He is the author of four books, most recently The Money Plot: A History of Currency's Power to Enchant, Control, and Manipulate. Previous books include Bet the Farm: How Food Stopped Being Food, and A Short History of the American Stomach. He has written extensively on photography, including the book, Manuel Alvarez Bravo: Photographs and Memories. He is also author of the novel 42 Days and Nights on the Iberian Peninsula with Anís Ladrón. Documentary filmwriting credits include Fastpitch, the grand prizewinner of the Nashville International Film Festival, and the Webby-nominated Vice documentary, "You Don't Know S##t." Television appearances include MSNBC, Bloomberg, Fox Business, and CSPAN. He has lectured extensively throughout the United States, including an address to the General Assembly of the United Nations. Kaufman received his B.A. from Yale and a Ph.D. in English from The Graduate Center. 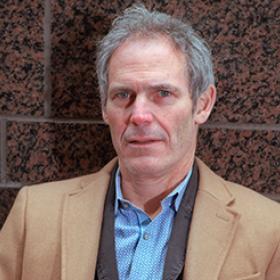