Dr. Kim joined the faculty of SASW in 2009 after she taught at Fordham University (2007-08) and Drake University (2008-09) as a visiting assistant professor. Her research interests include:  Transnational Adoption, Reproductive Politics, Affect, Bodies, Performance, and Information Technologies. In addition to her academic teaching, Professor Kim  worked for five years as a primary coordinator and instructor for Korean Language classes at the Nodutdol for Korean Community Development.

Dr. Kim has presented her work at a number of conferences both in the United States and in South Korea.  Her work has appeared in Qualitative Inquiry, Scholars and Feminists Online, and has been translated into Korean for Theoria:  A Journal of Feminist Theories and Practices.  She is also a contributing author for the books, International Korean Adoption: A 50 year History of Policy and Practice (Binghamton: Haworth Press, 2007) and Affective Turns, edited by Patricia Clough and Jean Halley (Duke University, 2007).  Currently, Professor Kim is working on a book manuscript based on her research on Korean birthmothers involved in transnational adoption. 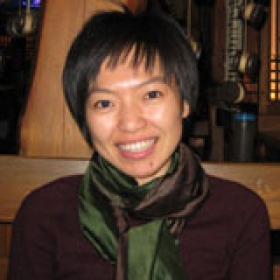