In 2013, Professor White became the founding chair of the Department of Philosophy after it split from the Department of Political Science, Economics, and Philosophy (of which he had been a member since 1998 and chair since 2011). Professor White teaches courses in the intersections of economics, philosophy, and law, including Legal Philosophy (PHL 331/POL 330), Law and Economics (ECO 331/POL 331), and Economics and Philosophy (ECO 333/PHL 333). In his scholarly research, Professor White primarily uses the philosophy of Immanuel Kant to enrich the ethical foundations of economics, practical decision-making, and policy. He also writes books and essays for popular audiences on philosophical and economic issues, often in the context of superheroes of comics, television, and film.

Professor White is the author of seven books, including Kantian Ethics and Economics (Stanford University Press, 2011), The Manipulation of Choice (Palgrave Macmillan, 2013), The Virtues of Captain America (Wiley, 2014), and Batman and Ethics (Wiley, 2019), as well as over 60 journal articles and book chapters in the intersections of economics, philosophy, and law. His edited and co-edited books include The Oxford Handbook of Ethics and Economics (Oxford University Press, 2019), Economics and the Virtues (with Jennifer A. Baker, Oxford, 2016), and The Thief of Time: Philosophical Essays on Procrastination (with Chrisoula Andreou, Oxford, 2010), plus numerous volumes in the Blackwell Philosophy and Pop Culture series, such as Batman and Philosophy (with Robert Arp, 2008) and Superman and Philosophy (2013). He founded and edits two book series, Perspectives from Social Economics (Palgrave Macmillan) and On Ethics and Economics (Rowman and Littlefield International), and in 2014 he served as president of the Association for Social Economics. He blogs at Economics and Ethics, The Comics Professor, and Psychology Today, and has been interviewed in print and on radio around the world. 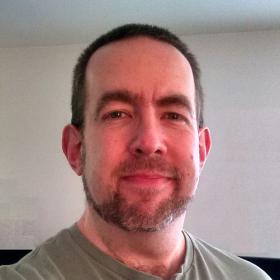