Professor Michael Morreale has been a performing free-lance musician for over 40 years in NYC metropolitan area. He has released three recording projects, most recently: Michael Morreale Vol. 3 - Stories of Recent Vintage (2019), containing all original compositions. His other released CDS are: Michael Morreale - Vol. 1 Love And Influence (2016), featuring all original material and Vol 2 MilesSong: The Music of Miles Davis (2017). Professor Morreale recorded six albums with and and toured the world as a member of the Joe Jackson Band as well as recording with the Jazz Quintet "Straight Up" based in Santa Fe, NM. He also led the SI Chamber Music Players Jazz Quartet for 25 years (1983-2008), performing annual summer and subscription concert series in addition to demonstraton concerts at Staten Island Public Schools. Professor Morreale began teaching at the College of Staten Island as an Adjunct in 1995 and in 2003 he was awarded the CSI Dolphin Award for outstanding teaching by an Adjunct Professor. Professor Morreale was appointed as full time lecturer at CSI in 2009 and in 2011 created a BS Concentration in Jazz Studies and Performance. He teaches the CSI Jazz Ensembles and related jazz courses in history and theory, private instruction in trumpet and beginning jazz piano, and other courses in the music curriculum.

MM in Composition from Brooklyn College

BA in Music from City College of New York 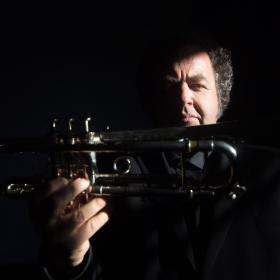