As an instructor of English composition and literature, Stephen Greeley focuses on the liberating intent traditionally found at the heart of the liberal arts. Emphasizing class discussion and the Socratic method of instruction, he believes that the classroom environment should and can be both encouraging and challenging. He has been teaching for twenty years at the College of Staten Island, and also taught for ten years at St. John’s University, Staten Island Campus. His academic interests include technology and its profound role in shaping culture and thought, both inside the academy and out, as well as popular culture, education, and modern working lives. 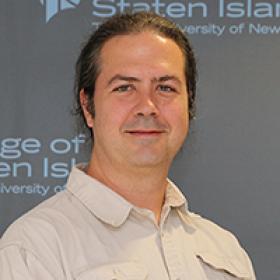