Bertram O. Ploog’s interest in autism began in 1978 when he was a conscientious objector interning at the Max Planck Institute for Psychiatry in Munich, Germany. As an undergrad at the U. of California at San Diego, he was mentored by George Reynolds, Edmund Fantino, and Ben Williams who instilled in him an interest in experimental behavior analysis. In graduate school with his advisor Laura Schreibman, he focused on applied behavior analysis and autism. For his Ph.D. dissertation, with Ben Williams as his advisor, he studied errorless learning in pigeons (relevant for understanding selective attention in autism). He spent his postdoc in Phil Zeigler’s lab at Hunter College to learn neuroscientific research techniques. His focus has continued to be on behavioral animal models with implications for atypical attention patterns that are common in autism. Thus, part of his research investigated attention processes in language and emotion recognition in people (since 2000 with computer games). He has expanded the study of selective attention to dogs to study Theory of Mind － another critical phenomenon in autism. He is affiliated with the CUNY PhD program Cognition & Comparative Psychology. He has taught behavior analysis and statistics courses at the undergraduate and graduate level. He is a Board-Certified Behavior Analyst and a NYS-licensed behavior analyst and psychologist.

Ph.D., U. of California, San Diego 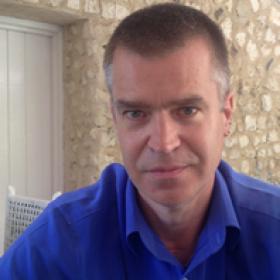