Chao Li taught at Peking University for three years before coming to the U.S. and pursing his PhD studies. He joined CSI in the fall of 2007 after he obtained his doctoral degree in linguistics. Dr. Li has a wide range of linguistic interests. He is primarily interested in syntax, syntax-semantics interface, information structure, and linguistic typology. In addition, he is interested in morphology (especially morphosyntax). Finally, he has interest in language acquisition and sentence processing. All the above interests form a coherent whole. That is, as a student of linguistics, Dr. Li is interested in the interactions among the different components of language as a complex system, in formulating theories to account for such interactions, and in testing these theories with crosslinguistic comparison, the study of language acquisition and the research in language processing. 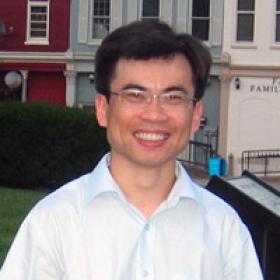