Chiara Ferrari is a specialist in nineteenth and twentieth century Italian literature.  Her research and teaching interests include fascism and culture, gender studies, autobiography, travel and transnational narratives, and critical theory.  She has taught at the College of William and Mary and New York University.

Professor Ferrari is currently working on a book that focuses on the juxtaposition of decorum and social station in narrative portrayals by prominent Italian writers from the 1920s to the 1960s.

Professor Ferrari is the author of the book The Rhetoric of Violence and Sacrifice in Fascist Italy: Mussolini, Gadda, Vittorini (U of Toronto P, 2013) and co-editor of the volume Towards a Gendered History of Italian Literature (il Mulino, 2012).  The Rhetoric of Violence and Sacrifice analyzes the uses to which sacrificial discourse was put during fascism and its afterlife in the speeches of Mussolini as well as in the key literary texts by Carlo Emilio Gadda and Elio Vittorini.  The book examines how sacrifice functioned in relation to other elements of fascist rhetoric, such as the frequent reiterations of an impending national crisis, the need for collaboration among social classes, and the forging of social contact between the leader and the people. Towards a Gendered History elicited new critical perspectives for examining attitudes toward women and gender in literary texts through the lenses of the competing ideological systems and called for revising our understanding of Italian literary trajectory and canon formation.

Her work has appeared in numerous academic journals including The Italianist, Italica, Forum Italicum, Modern Language Notes, and Signs: Journal of Women in Culture and Society. 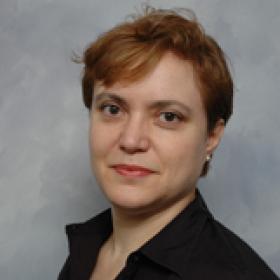