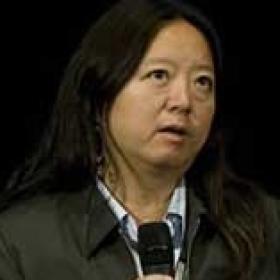 Cindy Wong has worked on domestic and global issues within an interdisciplinary framework that draws on communications, media studies, anthropology, cultural studies, and documentary production.  Drawing on her background in Hong Kong – where she was born and raised – and her research experience in East Asia, Europe, Latin America and the United States, she incorporates multicultural and global perspective throughout her studies.  She also believes that students should be taught to become Global Citizens and has led students through the Pearl River Delta to study globalization, development and diaspora.  In addition to teaching general communications classes, Professor Wong teaches classes on Global Media, Multicultural Literacies, Media and the Margins, and the Peopling of New York.

BA, New College of the University of South Florida