Dr. Hill is an applied social psychologist who studies the influence of social, cultural, and historical context on gender and sexuality. He's known for the "Genderism and Transphobia Scale" a questionnaire that has been used in over a hundred studies of anti-trans prejudice, and he continues to conduct experimental quantitative studies of anti-trans prejudice. He's also known for his oral history approach to psychology: he's published an oral history of Toronto's trans community, and has several oral and life history projects under way, including a study of New York's neo-burlesque performers, life stories of crossdressers in the 1980s, residents in a college dorm, and an intersectional analysis of residents of the Willowbrook State School. He has also published on the theory/practice problem in social psychology.

In general, I’m interested in the social psychology of gender and sexuality, but I also have interests in history, theory, and philosophy of psychology.

Helen Starogiannis and I have been researching the lives of residents at Willowbrook State School, particularly how the institution regulated residents' gender and sexuality. The first report on this study was published in Sexuality and Disability.

David Goode, Jean Reiss, and William Bronston and I published a book on Willowbrook State School. It is a history and sociology of the institution before it became CSI.

I have published several reports on an oral history of Toronto’s trans community. My book on this topic, Trans Toronto: An Oral History is now available. Trans Toronto Cover.jpg

I recently published my historical analysis of Magnus Hirschfeld’s German transvestite case studies, first published in 1910, in the Journal of the History of Sexuality.

I have studied the contributions of Harry Benjamin and how he reacted to transsexual youth (1963-1976) in the International Journal of Transgenderism.

I’m currently working to create a digital archive of interviews Mariette Pathy Allen (the noted New York photographer) conducted with crossdressers and their partners in the 1980s.

Harriet Tenenbaum (Kingston University, UK) and I are working on how children acquire notions of gender, and how these ideas develop across childhood. We’ve just published our first paper on the project in the British Journal of Psychology.

Brian Willoughby (Harvard Medical School) and I developed a scale to assess prejudice and hatred of extreme gender non-conformity called the “Genderism and Transphobia Scale.” The original was published in Sex Roles. A follow-up study on anti-trans prejudice, along with international and US collaborators, examined cultural and population variations in genderism and transphobia. It was published in the International Journal of Transgenderism.

Philosophy and Theory of Psychology

I co-edited a book with Michael Kral, “About Psychology: Essays at the Crossroads of History, Theory, and Philosophy”. It is a collection of essays on the pleasures and obstacles involved in the history, theory, and philosophy of psychology.

I’m also interested in the theory/practice problem in applied social psychology. I published a paper in Theory and Psychology on this issue, and an earlier paper in the Journal of Theoretical and Philosophical Psychology. 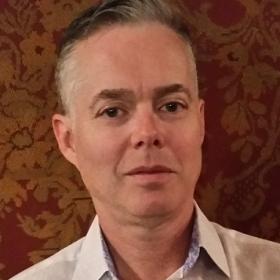