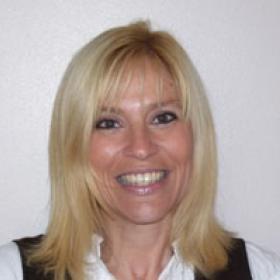 Contact Information
Office : Building 4S Room 111
Phone : 718.982.4178
Fax : 718.982.4114
Contact Via Email
Florette Cohen received her Bachelor’s in Science from CUNY Brooklyn College in 2003, a Master’s in Science from Rutgers University-New Brunswick in 2005 and her Ph.D. from the Social Psychology program at Rutgers University-New Brunswick in 2008.

As a graduate student Florette received several research and teaching awards, including the Dean's Award for Excellence in Research by a Graduate Student and the Dean's Award for Excellence in Undergraduate Teaching by a Graduate Student. Most recently she was awarded an Executive Women of New Jersey Graduate Merit Award for her accomplishments as a researcher and teacher and the SPSSI (Society for the Psychological Study of Social Issues) Grants-In-Aid Dissertation Research Award.

Florette’s most recent line of research demonstrates that people who are reminded of their own death (mortality salience) respond by reaffirming their core values and beliefs, making their expressions of these more intense or more extreme. The mortality salience paradigm may be applied to cases of individual voting preferences, stereotypic thinking and prejudice, which seems to be aroused by major social disruptions. She has presented and published twenty papers and book chapters in this area and has several more in progress.