Gerry Milligan’s research interests are Italian Renaissance literature, gender studies and women writers of late-medieval/Renaissance Europe. In addition to his classes on Italian language, he teaches courses on Medieval and Renaissance literature and culture. He encourages students to investigate literature as productions of cultures that are distant in time, yet have informed contemporary life in interesting and unexpected ways. Professor Milligan often focuses on social histories of the past in tandem with literary representations in order to question our assumptions of pre-modern life. Students have specifically enjoyed his teaching modules on cosmetics, Renaissance dress, and sexuality. Taking advantage of New York's cultural richness, he organizes trips to the Cloisters Museum, the Frick collection, and Italian cinema events. Additionally, he encourages students to travel beyond New York, especially to study abroad programs in Italy. He leads a summer section of SLS 302 in Florence, Italy that focuses on Medieval and Renaissance Culture in Italy. Students visit local historical sites and museums and then enjoy classroom time to discuss the literary masterpieces of the period. Because many of the students are aspiring teachers, the class also visits a pre-school that is organized using the “Reggio” method. While he was a student himself, Professor Milligan participated in several study-abroad programs in both Italy and France and then later went to work in Italy as a coordinator for several universities' programs. He has been an active participator in the development and continuation of CSI's Italian studies scholarship fund; which has sent several deserving students to Italy.

Professor Milligan was a fellow at Harvard’s University Center for Italian Renaissance Studies at the Villa I Tatti in Florence, Italy (2007-08). 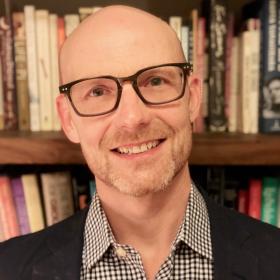