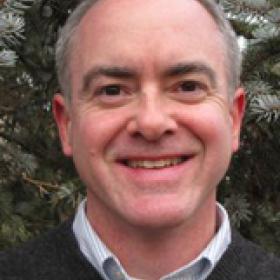 I am a historian of Revolutionary America and the early republic.  My research and publications have focused on the intersection of religion, politics, and reform movements between about 1740 and 1840.  Most recently I have been working on the American antislavery movement of the eighteenth and early nineteenth centuries.  I love doing research in the archives, and I have held short-term fellowships at the American Antiquarian Society, Library Company of Philadelphia, David Library of the American Revolution, Haverford College Quaker Collection, and Historical Society of Pennsylvania.  In the profession, I am an active member of the Society for Historians of the Early American Republic (SHEAR).

Among the undergraduate courses that I teach regularly at the College of Staten Island are HST 200: Historical Method, HST 244: United States History to 1865, HST 262: African American History to 1865 (also AFA 262), and HST 337: The Early American Republic.  In the M.A. program, I have taught HST 725: Topics in U.S. History to 1865.  I am also a member of the faculty in the Ph.D. Program in History at the CUNY Graduate School, where I have taught research seminars, literature-of-the-field surveys, and colloquia in my areas of expertise.

“Religion, Race, and the Founders.”  In Faith and the Founders of the American Republic, edited by Daniel L. Dreisbach and Mark David Hall.  New York: Oxford University Press, forthcoming.

“With a Little Help from the Friends: The Quaker and Tactical Contexts of Anthony Benezet’s Abolitionist Publishing.” Pennsylvania Magazine of History and Biography 135, no. 1 (January 2011): 33-71.

“‘This whole country have their hands full of Blood this day’: Transcription and Introduction of an Antislavery Sermon Manuscript Attributed to the Reverend Samuel Hopkins.” Proceedings of the American Antiquarian Society 112, no. 1 (Spring 2004): 29-92.