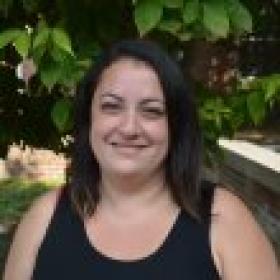 Should adolescents be held criminally responsible for illegal behavior? In attending to this question, loaded with practical, societal and moral ramifications, the judicial system has increasingly come to rely on developmental neuroscience and psychology research (Steinberg 2013, Nat Neurosci Rev, 14: 513 - 518). That adolescents are prone to impulsive and risky behaviors has long been recognized. However, only recently has it begun to be understood that the adolescent brain is structurally and functionally different from the adult brain, with changes in connectivity and myelination continuing into early adulthood. While precise mechanisms that underlie the uniquely vulnerable nature of adolescent behavior are not known, responsible maturational processes are thought to reside, at least partly, in neural circuits that affect mesocorticolimbic dopamine function. Employing an arsenal of cutting-edge tools from multiple neuroscience disciplines, research in my laboratory seeks to understand the development of inputs to midbrain dopamine neurons. Questions of interest include, what are the behavioral consequences of age-related differences in connections of midbrain dopamine neurons? How do events experienced during adolescence modulate the development of midbrain dopamine neuron connections?

Yetnikoff L, & Arvanitogiannis A (2013). Differential sensitivity to the acute and sensitizing behavioral effects of methylphenidate as a function of strain in adolescent and young adult rats. Behavioral and Brain Functions, 9: 38.

Yetnikoff L, Almey A, Arvanitogiannis A, & Flores, C (2011). Abolition of the behavioral phenotype of adult netrin-1 receptor deficient mice by exposure to amphetamine during the juvenile period. Psychopharmacology, 217, 505-514.

Yetnikoff L, & Arvanitogiannis A (2005). A role for affect in context specific sensitization to amphetamine. Behavioral Neuroscience, 119, 1678-81.