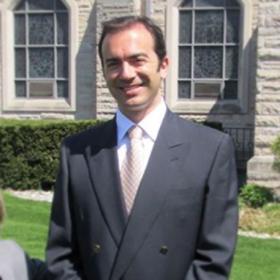 Paolo Cappellari is an Assistant Professor at the College of Staten Island, CUNY. He received his PhD from Università Roma Tre, Rome, Italy, in 2007. His career has included positions in industry and academia. He has worked for some of the top firms and universities in his field (e.g., Microsoft Research and IBM, University of Alberta and Dublin City University).

His research focuses on the effective management, interpretation, and utilization of static and streaming big data, with specific attention to the study and transformation of schemas and data from one model to another, keyword search over semantic datasets, and data management in sensor networks.

He has published his research results in the major journals of the field, including VLDB Journal, Transactions on Large-Scale Data- and Knowledge-Centered Systems and in the refereed proceedings of major conferences (ACM-SIGMOD, VLDB, EDBT, ER, ICDE, FoIKS). He has served as an ad hoc reviewer for many international conferences (ACM-SIGMOD, VLDB, EDBT, ICDE, CAISE, DASFAA).

A more comprehensive list of publication is available at the following URL: http://www.informatik.uni-trier.de/~ley/pers/hd/c/Cappellari:Paolo