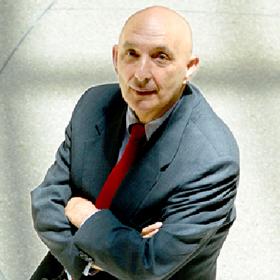 Sos S. Agaian, PhD in Mathematics, Dr, Engineering Science,  and is a Distinguished Professor of Computer Science at College of Staten Island and the Graduate Center, City University of New York (CUNY). Prior to joining CUNY, Dr. Agaian was the Peter T. Flawn Professor of Electrical and Computer Engineering at the University of Texas at San Antonio; Graduate School of Biomedical Sciences UTHSCSA at San Antonio; Professor, UT System Cyber and Cloud Security Initiative, and Director of Multimedia and Mobile Signal Processing Laboratory.  He has been a visiting faculty at the Tufts University, the Tampere Institute of Technology, and the Leading Scientist at the AWARE, Inc. at Bedford, MA.
Dr. Agaian received his M.S. in Mathematics and Mechanics (summa cum laude) from the Yerevan State University, Armenia; his Ph.D. in Mathematics and Physics from the Steklov Institute of Mathematics, Russian Academy of Sciences (RAS); and his Doctor of Engineering Sciences degree from the Institute of Control Systems, RAS.

Dr. Agaian had served as an associate editor of:

Dr. Agaian is a recipient of:

The Entrepreneurship Award (UTSA, 2016 and 2013);
The Excellence in Teaching Award (2015);
The Innovator of the Year Award (UTSA, 2014, http://www.gapfunding.org/utexas-san-antonio-honors-eight-researchers-at-second-annual-innovation-awards);
The Tech Flash Titans-Top Researcher-Award (San Antonio Business Journal, 2014);
Certificate of Merit, Franklin V.Taylor Award in Computation (IEEE-SMC );
Distinguished Research Award (University of Texas at San Antonio, (2006);
Student-nominated The Most Influential Member-Award of the School of Engineering (Tufts University, 2005);
MAEStro Educator of the Year, sponsored by the Society of Mexican American Engineers(2004)

Dr. Agaian has the vision and ability to recognize professional talents in others. He has served as a mentor to over 30 PhD and over 60 Master’s students at Stanford University, Tufts University, and the University of Texas (UTSA). Many of his students received professional awards, including IEEE's and SPIE’s. His students are employed at Sony, Siemens, Mediatek, Raytheon, Intel, Boeing, Motorola, Cisco Systems, Freescale, Dell, MIT-LL, General Dynamics, Johns Hopkins, Armenia, Southwest Research Institute, UTSA, Tampere Institute of Technology and Tufts.

Publication co-authored by Dr. Agaian and his students won awards from the IEEE Signal Processing Society; IEEE Systems, Man, and Cybernetics Society (SMC); and the International Society for Photo-Optical Instrumentations Engineers (SPIE).  For the past ten years, Dr. Agaian’s students had the opportunity to participate in “Lunch with the Expert” at SPIE Defense and Security Symposium.

Dr. Agaian received numerous awards in teaching based on consistent high ratings by his students.

Dr. Agaian has received over seven million US dollars in grants from NSF, DARPA, US Department of Energy, US Army, NIJ, and AFOSR.

Dr. Agaian holds over 44 American and foreign issued or pending patents and disclosures. Several of Agaian’s IP are commercially licensed. Latakoo has licensed Dr. Agaian’s five IP’s patents/disclosures on recompression imaging systems and methods for simultaneous compression and encryption.  Latakoo’s service is used in over 50 media markets around the United States, including Nexstar Broadcasting and NBC. NBC used Latakoo to transfer all its news content from Sochi Olympics.
Dr. Agaian Co-Founded BA Logix, Inc., in 2007.Company Overview of BA Logix, Inc.
https://www.bloomberg.com/research/stocks/private/person.asp?personId=42192832&privcapId=38682824&previousCapId=38682824&previousTitle=BA%20Logix,%20Inc.
Dr. Agaian’s efforts at UTSA contributed to its elevation to a national tier-one research university.  In 2009 the Department of Homeland Security designated UTSA as a “National Center of Academic Excellence in Information Assurance Research.” UTSA’s cyber security program has been ranked the best in the nation (http://www.ponemon.org/).
Dr. Agaian co-founded the Center for Simulation, Visualization, and Real Time Prediction, which has trained over 300 students and has received a $5 million grant from NSF.

Dr. Agaian has served as consultant to governments of Germany, Hong Kong, Israel, and the Chech Republic. He has served on boards and committees for numerous industrial, academic, and professional institutions, including UTSA and IEEE-SMC.

The last decade has seen a revolution in the theory and application of Computational Vision and Machine Learning (ML). The CSMAD research seeks to: find meaning in visual content of the data (video, images, signals, speech and text) and to uncover deep connections throughout the data; and to derive knowledge from big and small data (theory, efficient real-time algorithms, and software/hardware infrastructures).  The Lab’s innovative scientists and engineers are working on theoretical and applied research of real time data analytics and ML-algorithms to solve practical problems to advance cognitive abilities.

For Students: Join us if you want to become a creative scientist or an innovative, computationally thinking, engineer!

For Project Sponsors: We encourage interested organizations to offer project proposals and identify and evaluate the strategic commercial value of implanted project-product.