The Bachelor of Science degree in Engineering Science at the College of Staten Island is a modern practical approach to engineering education. The engineering student receives a broad engineering, mathematical and scientific background which permits flexibility and adjustment to the rapidly changing techniques of contemporary engineering. Students study in brand new high-tech equipped laboratories. The program also has several state-of-the-art research laboratories that provide opportunities for undergraduate students to participate in research programs at the college. We have found that students who qualify for research programs are also more highly employable in today's engineering marketplace.

The Engineering Science bachelor's degree program is accredited by the Engineering Accreditation Commision of ABET,   https://www.abet.org/

We also offer a joint major between Engineering Science and Physics. We encourage Physics majors who share much of their course work with Engineering Science to take this option to improve their employability in case they do not go on to graduate school.

The Engineering Science Curriculum prepares our students to achieve the program (student) outcomes, which require that our graduates demonstrate that:

Joseph A. Pasaturo PE Has been a New York State Licensed Professional Engineer since 1989. Mr. Pasaturo is a member of The NYS Board of Engineering, Land Surveying & Geology and former Vice Chairman. He is also currently the President Elect for the NYS Society of Professional Engineers (NYSSPE). In his professional capacity he also serves on several code revision committees for the NYC Department of Buildings.

Mr. Pasaturo is the principal of AVT Engineering, a Brooklyn based firm that provides engineering, design and building inspection services. He has extensive experience in all aspects of engineering, construction & building evaluations. Mr. Pasaturo has also served as an expert witness and provided testimony on numerous construction related cases. He has extensive knowledge of the laws and regulations governing the practice of engineering and the design professions in NYS and has presented many lectures on various engineering related subjects. Mr. Pasaturo holds a Bachelor of Science Degree in Aeronautical Engineering from Embry-Riddle Aeronautical University and an MBA from St. Johns University.

Bruce Gavioli is a General Manager at Con Edison of New York, where he is responsible for operating, maintaining, and building the electric substation infrastructure in Manhattan. His group typically invests about $300 million a year in major capital improvements and has annual expenditures of $27 million to operate and maintain its facilities. Bruce is an electrical engineer with an MBA in management and finance, and a life member of IEEE.

Victor Vientos completed his undergraduate degree at Lehigh University in Pennsylvania with Mechanical Engineering in 2007 and his graduate degree at Baruch College with a Masters of Business Administration in 2014. He entered the professional world working as a project engineer at Victaulic in a foundry where they made ductile iron pipe couplings. Eventually, Victor began working for National Grid, a gas utility company in NYC, where he has been for the last 7 years. He has worked as a project engineer designing gas main installations, coordinated resources to execute leak maintenance and reliability programs, managed the compliance regulations for construction and was recently promoted to Manager of Resource Coordination of NYC and LI. Victor is now responsible for employees who control the work flow for 13 yards across the region. 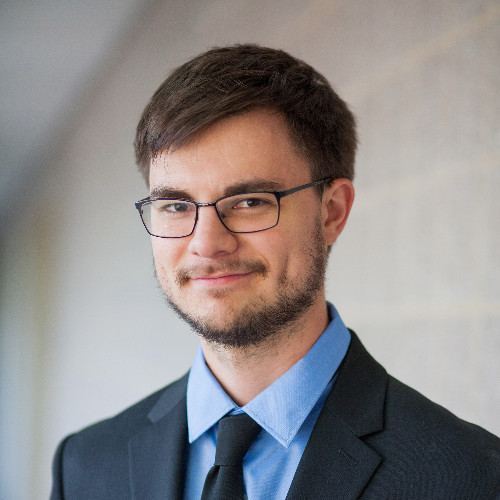 Thomas graduated from the Macaulay Honors College at CSI in 2014 with a BSEE and later an MSEE from NYU Tandon School in 2017, with a focus in Power Electronics.  He worked at CSI as a CLT for the EES department from 2014 – 2019, and as an adjunct lecturer from 2017 – 2019.  During this time he helped develop courses such as ENS345, ENS110, ENS136, and was a contributor in designing the CSI Makerspace.  In 2019, Thomas took a job in Austin, TX where he now lives and works for Lutron Electronics, designing and manufacturing next generation LED light sources and controls.  He has taken a lead role in design and development of new tools, test systems, and new products, while also aiding in the development of manufacturing processes and systems.

The engineering science program offers two specializations (tracks) usually taken in the senior year for students to explore and prepare for particular areas of engineering and to prepare for graduate work in a specialized field.

For a full list of courses available, see the Undergraduate Catalog

The courses in Mechanical Engineering specialization allow the engineering science students to become proficient in the design, testing and evaluation of mechanical, energy, and environmental systems. These systems are found in transportation, automobiles, aircraft, marine vessels, and spacecrafts, and in manufacturing, including numerically controlled machine tools, automated assembly lines, and robotics. Energy systems studied are found in power plants, turbomachinery, nuclear plants, automobile engines, turbojets, and rockets. Students interested in environmental engineering work together with graduate students in environmental science studying water pollution, air pollution, risk analysis, and modeling and optimization of environmental systems. In the capstone Engineering Design course given in the last semester of the four year sequence students formulate, solve, and properly document the solution of a well engineered real-world mechanical engineering project.

The courses in Computer Engineering specialization allow the engineering science students to become proficient in the design, testing and evaluation of computer systems. These systems include but are not limited to microprocessors, signal processors, networks, telecommunication systems, and telemedicine equipment. In the capstone Engineering Design course given in the last semester of the four year sequence students formulate, solve, and properly document the solution of a well engineered real-world computer engineering project.