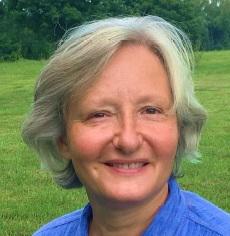 Dr. Takács’ research focuses on aspects of Roman and Byzantine history. One of her most recent books, published by Cambridge University Press (The Construction of Authority in Ancient Rome and Byzantium. The Rhetoric of Empire), deals with the power of rhetoric, how words and notions of virtue shaped the ancient but also our modern political discourse.  Another of her books, Vestal Virgins, Sibyls, and Matrons: Women in Roman Religion (University of Texas Press), looks at Roman women and the role they played maintaining Rome's socio-political structure as well as the understanding of the Roman self by means of religious rituals. Dr. Takács believes in the importance of making historical knowledge accessible to all levels of learners. In this spirit, she oversaw the creation of two sets of dictionaries, one for the ancient and the other for the modern world (ten volumes altogether), that introduce high school students to civilizations of Africa, the Middle East, Asia and the Pacific, Europe, and the Americas (The Ancient World and The Modern World, M.E. Sharpe). Presently, Dr. Takács is exploring ancient Roman perception of space as well as the integration of computer generated modeling in the humanities and social sciences.

As the daughter of a political refugee, an immigrant herself, and the first of her family to go to college, Dr. Takács is passionate about learning, knowing first-hand what it means to have access to educational opportunities that are deeply transformative.

At this link, you will find a listing of our graduate programs which include Advanced Certificate, Masters and Doctoral programs. Each program is linked to a fact sheet or page with detailed information regarding the admission requirements and application procedures. You may also visit the Graduate Catalog for additional information and degree requirements.

Each of our Interdisciplinary programs was developed for interrelationships between fields of knowledge and each pulls together professors from across the campus. Some programs are for undergraduates and some for graduate students. You can major in them for your degree or combine them with others for a double major. Others are minors or certificates that must be combined with a discipline. Check them out.