Professor Tevere, in collaboration with Angel Nevarez, is the recipient of a 2020 John Simon Guggenheim Memorial Foundation Fellowship Award in Fine Arts. Tevere and Nevarez also received a 2019-20 Harpo Foundation New Work Project Grant for their work-in-progress A Slow Dropping, a sonic exploration of the New Orleans Musicians’ Village.

Dr. Gates has been named a 2020 Academy Film Scholar by the Academy of Motion Picture Arts and Sciences. The award, from the Academy’s Educational Grants Committee, will support ongoing work on her second book, Hollywood Style and the Invention of Blackness, a critical look at film aesthetics and images of blackness in film and television. Dr. Gates recently contributed the column “The Problem with 'Anti-Racist’ Movie Lists” to The New York Times op-ed page.

The Problem with ‘Anti-Racist’ Movie Lists

Due to the COVID-19 pandemic all faculty and staff are telecommuting.  Students seeking advisement should contact their assigned advisor (listed in CUNYFirst) by email.

Center for the Arts

The Department of Media Culture is committed to providing students with a critical understanding of film, media, and communications. We integrate studies in history, theory, and criticism with practical experiences in production technique and creativity as well as external field experience, allowing our undergraduate majors to specialize in cinema studies or film and television production, media studies, corporate communications, journalism, or design and digital media.

What are some obtainable jobs with Media Culture degrees?

An introduction to the terms and methods of film analysis. The course emphasizes critical viewing and writing.

The emphasis is on studio production and the application of controlled studio techniques to the production of video programs.

View all courses in College Catalog

To the graduates of the College of Staten Island Class of 2020:

On behalf of the faculty and staff of the Department of Media Culture, I offer heartfelt congratulations to those of you who have reached this landmark, earning Bachelor of Art's degree in Cinema Studies, the Bachelor of Science degree in Communications, or the Master of Arts degree in Cinema and Media Studies. Your senior years has truly been unique, and you faced itschallenges with courage and honesty. We are proud of each and every one of you. We also extend our thanks to you family and friends for their support of your pursuit of this degree, and we are sure that they share our joy.

We also acknowledge several members of the Class of 2020 whose scholarly achievements were truly exceptional:

Recipients of the Eliott Rubinstein Award:

Congratulations to each of you on your outstanding accomplishments. We invite you to see the work of many of our graduating seniors who participated in the annual CSI Film Festival, which is jointed organized by the Creative Media Club and the staff of the department’s Film/Video Lab: https://www.csifilmfestival.com/meet-the-filmmakers.

Last but not least, let me share this moment with my colleagues. We may not be able to hand out diplomas in person, but we join together in celebrating you — on video. 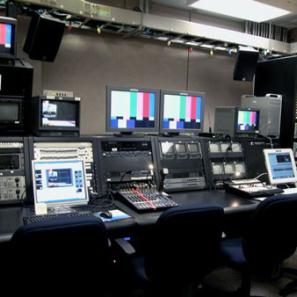 This lab is the center of all Cinema production classes as well as TV and radio production. It is the heart of all film and television post-production. 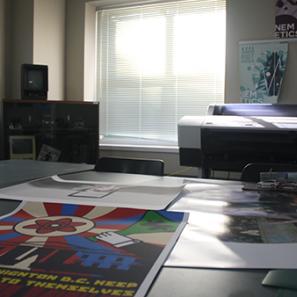 This lab is used for Communications production classes that focus on print and web based graphic design, typography, digital photography, animation and online.

Center for the Arts